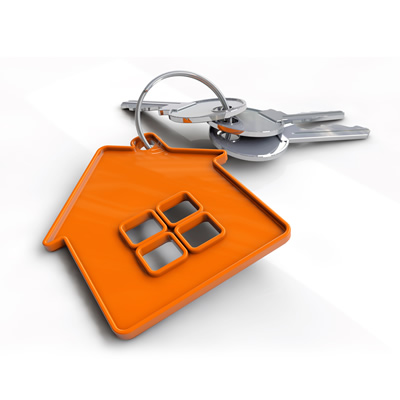 Below is a summary of the information presented at the event we co-hosted with the Faubourg Marigny Improvement Association on Tuesday evening. We hope that you will find it a useful resource on the topic of short-term rentals, both legal and illegal. Please contact us with any questions or ideas, or if you’d like to work on this issue. And as we’ve noted, this information is intended as a guide, and not as a substitute for legal advice or approval from the city. Just click on the jump!

Where can you have a legal short-term rental?

Bed and Breakfasts are permitted in most residential zones, with some limitations.  Only one per block face is permitted, and the owner must live in the home.

Hotels and other non-owner-occupied short-term rentals are generally permitted in commercial zones.

How can you operate a legal short-term rental?

In most residential zones, a property owner/occupant can apply to operate a Bed and Breakfast, as defined by the city in Section 11.6 of the Comprehensive Zoning Code.: http://www.nola.gov/onestop/business/bed-and-breakfast/bed-breakfast-license/

What are the upsides of legal short-term rentals?

What are the drawbacks of illegal short-term rentals?

General life/safety requirements and codes – exit signs, sprinkler systems, etc – may not be in place in illegal STRs.  Such codes are particularly important when people are staying, and sleeping, in unfamiliar surroundings, which is why life/safety codes for hotels are stricter than for residences.  This can create liability not just for the owner, but for neighbors.

In efforts to legalize short-term rentals, Airbnb announces its intentions to collect and remit taxes in Portland (11.5% in lodging and sales tax), San Francisco, and New York City ($21 million in local and state taxes if negotiations are favorable). http://consumerist.com/2014/04/02/airbnb-to-start-collecting-taxes-in-portland-san-francisco-maybe-new-york-city/

Residential quality of life can be affected, as transient visitors to a neighborhood do not have the same interest or stake in the livability of the area.  Complaints from neighbors include trash, noise, parking, and public safety.

“One thing to consider about the issue of airbnb/short-terms is that it’s driving a perception that residential neighborhoods need more bars and diversions that cater to the desires of transients rather than essential goods & services & businesses needed by residents.” -Marigny resident

Story on March 18, 2013 meeting of City Council’s Housing and Human Needs Committee, at which illegal short-term rentals were on the agenda: http://www.nola.com/politics/index.ssf/2013/03/new_orleans_residents_slam_ill.html

Marigny residents speak out about higher occupancies of illegal short-term-rentals with regard to safety concerns, illegal profitability, and potential solutions: http://www.wdsu.com/news/neighbors-see-spike-in-illegal-shortterm-rentals-want-more-enforcement/25613714

The downsides of the short-term rental industry in New Orleans neighborhoods: http://www.antigravitymagazine.com/2014/03/unfairbnb-what-unlicensed-short-term-rentals-mean-for-new-orleans/

Anecdotal information suggests that a proliferation of illegal STRs drives up housing prices, particularly in the rental market.  As more rental units become used for short-term purposes, the overall supply of full-time rental units drop, which generally results in price increases. One unit converted to full time use as a STR means one unit removed from the permanent rental/residential market.

How housing prices and availability in Marfa, Texas have been affected by the advent of short-term rentals: http://www.slate.com/articles/business/moneybox/2014/02/airbnb_gentrification_how_the_sharing_economy_drives_up_housing_prices.html

‘In an attempt to make an extra buck, you may be slowly screwing yourself out of the market.’ https://news.vice.com/article/airbnb-will-probably-get-you-evicted-and-priced-out-of-the-city

There are numerous instances of scam artists using short-term rentals to steal money from would-be guests.  Examples include “listing” other people’s properties and renting out addresses that simply don’t exist. http://www.nola.com/politics/index.ssf/2013/03/new_orleans_residents_slam_ill.html

Many other cities are dealing with the proliferation of illegal short-term rentals.  Some have developed policies and regulations.  Paris, Berlin, Austin, Charleston, Miami and particularly New York and San Francisco have taken recent action to strengthen their laws and/or step up enforcement.

New York City: The New York State Attorney General, Eric Schneiderman, has filed suit against Airbnb. “Our office is committed to enforcing a law that provides vital protections for building residents and tourists alike,” said Matthew Mittenthal, a spokesman for the attorney general. According to New York’s attorney general’s office, which recently subpoenaed the short-term rental site’s New York user data, based on information given to it by Airbnb, the top 40 Airbnb hosts in New York have each grossed at least $400,000 over the past three years, a collective total of over $35 million. The top 100 hosts in that time period have grossed $54 million.

New York City’s 2013 subpoena requesting data on all hosts that rent accommodations in New York State was struck down by a state Supreme Court judge last week as being overbroad.  It is reported that the Attorney General’s office is already in the process of filing another subpoena for Airbnb’s records. http://www.washingtonpost.com/blogs/the-switch/wp/2014/05/13/a-judge-just-sided-with-airbnb-in-its-fight-against-new-york-state-but-its-not-out-of-the-woods-yet/

UPDATE:  As of May 21, Airbnb and the attorney general have worked out a compromise http://www.nytimes.com/2014/05/22/technology/airbnb-will-hand-over-host-data-to-new-york.html?_r=0

Paris: “Mayor Bertrand Delanoë ordered an agency last year to warn property owners that renting out residential apartments for less than a year at a time violated French law. The move was intended to address the lack of affordable housing in the city center.”  – New York Times, July 6, 2010

San Francisco: At a time when San Francisco faces its most severe housing shortage in more than 100 years, an increasing number of apartments, condominiums, houses, and portions thereof are offered and advertised as short-term rentals on websites, such as Airbnb and VRBO.  In recent months, the number of such listings has exceeded 9,000. These listings contribute greatly to the disappearance of affordable housing in the City and County of San Francisco. – Preamble to legislation proposed by housing activists in San Francisco: http://www.thebolditalic.com/articles/4481-is-airbnb-making-it-tougher-to-rent-an-apartment-here

Airbnb is posing challenges to cities all over the world. Housing experts and advocates concerned with safeguarding affordable housing stock are scrambling to determine the impacts of an incredible influx of short-term rentals, many of which may be illegal according to lease terms and city zoning districts. On top of that, few Airbnb rentals generate hotel and occupancy taxes, costing cities an important source of revenue and undercutting competitors in the hotel industry. http://www.sfgate.com/bayarea/article/Airbnb-profits-prompted-S-F-eviction-ex-tenant-5164242.php

San Francisco renter Chris Butler, who is suing his landlords over an eviction he claims was to allow the conversion of his and other apartments to illegal STRs. “Airbnb causes tenants to want to leave,” he said, “Because it’s a constant flow of strangers in our building. “  http://www.allgov.com/usa/ca/news/top-stories/san-francisco-landlords-using-evictions-to-punish-airbnb-hosts-140408?news=852863 Tenant faces eviction for illegal sublet; Airbnb challenges municipal regulations

Berlin:  The Law on the Prohibition of Misuse of Housing, passed by the city-state’s senate on 11/21/14, is a response to rising anger over not only a lack of affordable apartments (12,000 apartments have been taken off the long-term rental market for this more lucrative purpose), but also complaints of constant parties, noise and rubbish generated by tourists staying in such short-term rentals. http://www.spiegel.de/international/germany/berlin-bans-short-term-vacation-apartments-for-tourists-a-935085.html

What can you do about illegal short-term rentals?

Engage with the person operating the illegal STR. Perhaps the operator is unaware of the rules, or about the impact the illegal STR is having on the neighborhood.

If the illegal STR is part of a condominium association, there may be language and procedures in the condo docs that prohibit this practice and speak to penalties that can be enforced by the .association