We are thrilled to announce the return of our At Home in the Vieux Carré event series. Join us in kicking off the season Friday, April 8, 2022, at 1028 Bourbon Street. VCPORA Board member, Tony Marino, will open his Greek revival, American Townhouse on Friday, April 8, from 5:00 – 7:00 p.m. for this event. We will have wine and a specialty cocktail. Come out to see your neighbors and bring friends.

Anthony “Tony” C. Marino has served on a number of boards and as an officer, including non-profit organizations, industry group organizations and governmental entities. Such organizations include VCPORA (President from 2000 to 2004), the French Quarter Management District, the Vieux Carré Alliance, the Mayor’s French Quarter Task Force under the Ernest “Dutch” Morial Administration in the 1980’s, assisted in  the creation of the first French Quarter Festival in 1984, and  the Petroleum Landmen’s Association of New Orleans. Tony has been a member of French Quarter Citizens (where he was awarded a “Lifetime Achievement Award”), Patio Planters; Preservation Resource Center (where he was awarded a “Preservation Hero Award”), and has recently been elected to the Board of the Louisiana Landmarks Society.

Tony is a shareholder at the law firm of Liskow & Lewis, joining that firm on April 1, 2019, after closing his firm of Slattery, Marino & Roberts where he practiced for 28 years. Tony has also taught as an Adjunct Professor at Loyola Law School since 2014.

In October of 1993, Patty (recently deceased wife ) and Tony, purchased a vacant and blighted property located at 1028 Bourbon and began numerous phases of restoration of the Greek Revival townhouse and the two dependencies located on the property. The restoration projects have been recognized by the Vieux Carré Commission and the Preservation Resource Center and published in New Orleans Magazine, Remodeling Magazine and several other magazines. The owners annually erect a St. Joseph Altar during the Lenten Season which was featured in the book “St. Joseph Altars” photographed and written by Kerri McCafferty.

“I moved to the Vieux Carré in 1975, which is the neighborhood of my Father and Grandmother in the 1930’s and 1940’s. Both would regularly take me and my brother to visit, dine, and enjoy the neighborhood at such places as Puglia’s, Brocato’s, Tujaques and the curb service for beignets at Café Du Monde and Morning Call. Grandma Marino would even drive us down Bourbon Street to stop by each nightclub and strip club urging the doormen and barkers to open the front door for us kids to see the strippers. Yes, that was our Grandma Marino! Now I live on world famous Bourbon Street!” 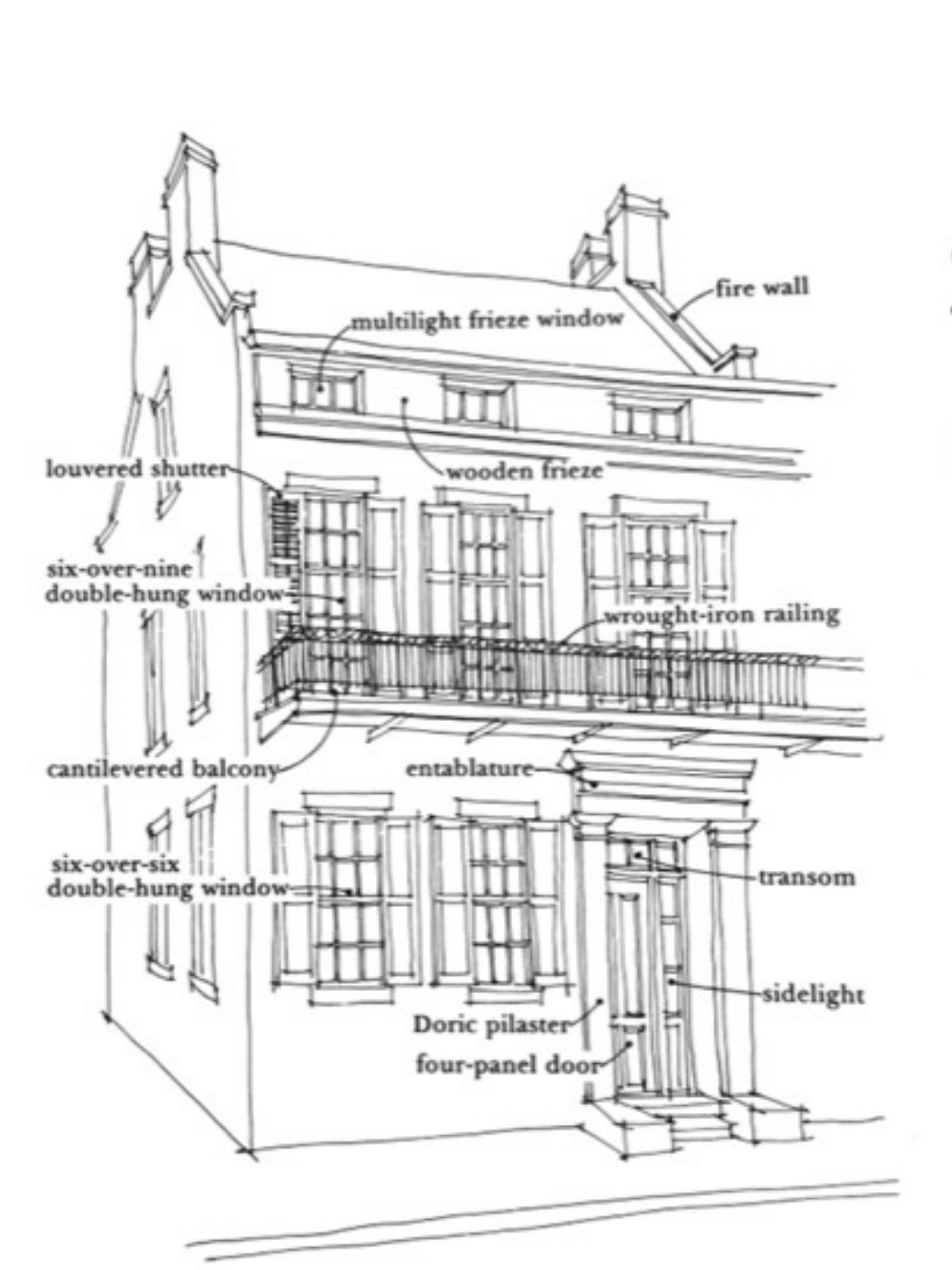 Built c. 1850, 1028 Bourbon Street is a 2 story 3-bay American Townhouse with a side-hall plan in the Greek Revival style. Its features include three bays including a Greek Revival entrance, an ornate cast iron balcony with canopy, and a 2 1/2 story service ell (built in 1830, it predates the townhouse and houses the kitchen and sleeping quarters above) attached to the main building by link construction. The one-story dependency (originally described as a wooden structure in 1830 and later described in a subsequent deed as brick and masonry in 1835) is located at the rear of the property, which is on a key lot.