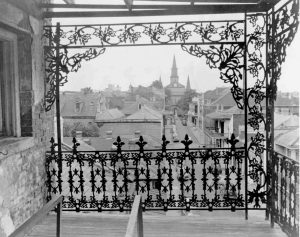 Vieux Carré Property Owners, Residents, & Associates (VCPORA) is a nonprofit organization that advocates for the preservation and protection of the Vieux Carré as an international historic treasure, a major cultural and economic asset, and a living residential neighborhood that is valued and respected by all.

Organized in the 1920s and incorporated as a non-profit corporation on June 8, 1938, the organization dedicated itself in our state charter to the “preservation, restoration, beautification and general betterment of the Vieux Carré”.

1936 Sponsored the Louisiana State Constitutional Amendment which established boundaries of the Vieux Carré and mandated that its “quaint and distinctive character” not be impaired. Supported its implementation by the City Ordinance of 1937, creating the Vieux Carré Commission.

1953, 1970, 1975 Contributed to major effective zoning regulations designed to preserve the “distinctive character” of the Vieux Carré.

1964 Obtained decision from the State Supreme Court affirming the constitutional boundaries of the Vieux Carré as the Mississippi River, Esplanade Avenue, North Rampart and Iberville Streets.

1965 Played a principal role in having the Vieux Carré designated as a national Historic Landmark listed by the U.S. Department of the Interior.

1969 Opposed a proposed riverfront expressway from its earliest inception, which resulted in the cancellation of the project by the U.S. Dept. of Transportation. Worked to obtain a de facto moratorium on hotel-motel construction and expansion, which was secured in the Zoning Code of 1970.

1970s Encouraged removal of the wharves at Jackson Square to ensure an open view of the Mississippi River. Secured demand by the Department of Utilities for removal of all remaining telephone poles and unsightly overhead wiring. 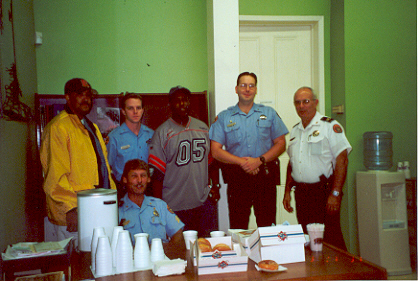 1974 Sought the relocation of public bus routes from interior streets of the French Quarter. Sued successfully to remove a large concrete helicopter landing pad which had been illegally installed on the levee at Madison Street by the Orleans Levee Board.

1976 Obtained a Court injunction prohibiting Sound and Light presentations which would have resulted in the over-commercialization of Jackson Square.

1990s Led the coalition to rid the Vieux Carré of tour buses longer than 31 feet, protecting historic structures from vibration damage, gallery supports from being hit by turning buses, and the ambiance of the neighborhood from noxious diesel fumes and noise.

2004 Succeeded in passing a city ordinance which made it easier to enforce laws against illegal hotels and Bed & Breakfast operations.

2005 Sued to stop what would have been the first new hotel in the French Quarter since the de facto moratorium was established in 1969. 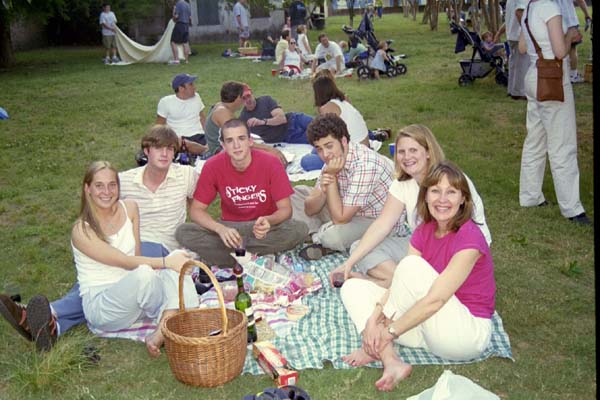 2012 Led a coalition to defeat the proposed Hospitality Zone legislation, which would have transferred taxing and spending control of the French Quarter to an appointed board, lacking any FQ representation or accountability. VCPORA reached out to City Hall to formulate a workable solution.

2010 – present Has hosted over 5 dozen At Home in the Vieux Carré events, showcasing the historic architecture and residential element of the French Quarter to thousands of guests

2012 Keeps up the pressure on the owner of 711 Bourbon, who ripped out walls and made other major alterations to this blue-rated structure with no permission from the City.  Eventually, the owner is made to “undo” his illegal work

2013 Works to rein in a proposed high-rise hotel at the corner of Canal and N. Rampart that would be nearly 3 times the height limit

2013—present  Joins with neighbors to protect the lower Quarter from the out-of-scale Habana Outpost restaurant and bar complex at the corner of Esplanade and N. Rampart

2014—2016 Reviews every part of the 600+ page draft Comprehensive Zoning Ordinance, attends every meeting, and submits hundreds of written comments in an effort to improve the city’s land-use rules

2015 Our advocacy results in the retention of Section 8.1 in the Comprehensive Zoning Ordinance, which protects the unique character of the Vieux Carré

ONGOING Through our committees and membership, VCPORA deals with development, zoning, crime, and quality of life issues, and seeks to educate visitors, citizens and public officials that the Vieux Carré is a living neighborhood.