What is happening to Madame John’s Legacy? 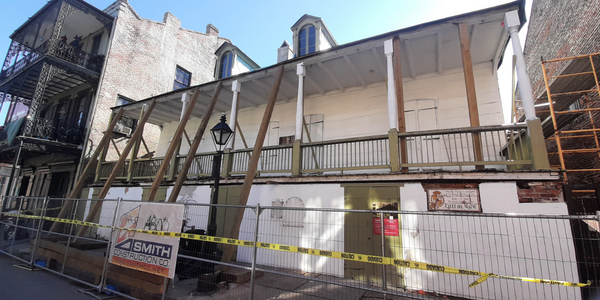 You have likely noticed the ongoing work at 632 Dumaine Street, the structure known as Madame John’s Legacy. Built in 1788, just after the major fire of that year, it remains one of the best, if only, surviving examples of French Colonial architecture built during Spanish rule.

It is a National Historic Landmark and is “purple” rated – meaning it is of national architectural/historical significance. For reference, there are only 14 purple-rated properties in the Vieux Carré, making its significance on par with St. Louis Cathedral, Ursulines Convent, and both Pontalba buildings, to name a few. It is a rare example of colonial domestic architecture and has survived basically intact until recent years.

Like many significant historic buildings in the city, Madame John’s Legacy is owned by the State of Louisiana, and has been managed by the Louisiana State Museum since the mid-20th century. Unfortunately, deferred maintenance and continued moisture problems have contributed to its deterioration over the decades, along with growing concern by the local preservation experts.

Unlike private property owners (like many of you), the State and City are exempt from the standards and guidelines set forth in our historic district guidelines and our Comprehensive Zoning Ordinance. That’s right, they can make the rules, but they don’t have to follow them. Further, the State does not even need to hold itself to the (National) Secretary of the Interior’s Standards for the Treatment of Historic Properties. These are the very guidelines that the State Historic Preservation Office (SHPO) uses to oversee historic preservation tax-credit projects and that local regulatory bodies, like the HDLC and the VCC, use in their determinations for preservation applications.

On September 21, the Vieux Carré Commission was scheduled to hear a report on the State’s renovation plans for the structure. The preservation community was there, fearful of the work that had been observed but not publicly revealed. Instead, the LA State Museum Board appointed Commissioner, Julio Guichard, set up a meeting with the project architects and concerned parties. That meeting was held on October 16, and the concerns of the preservation community were brought to light. 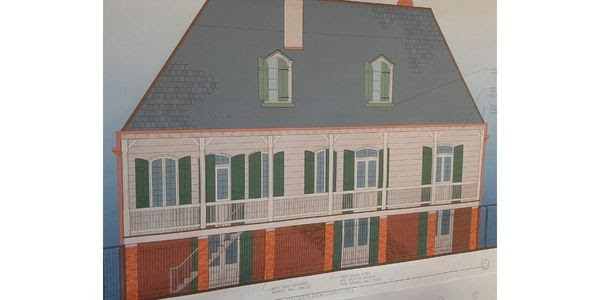 According to the presenters, we found out that the project leaders have not involved a structural engineer or building conservation professionals to carry out the technical aspects of preservation, like: a paint analysis, an analysis of brick composition, or other testing of materials. A historic structures report was not produced, as is commonly used in restoration projects of this level of importance. Lastly, it became apparent that the SHPO had not been brought into the beginning stages of the project to ensure the best preservation practices were being applied, and had made recommendations later but these were dismissed. Most alarmingly, the changes intended for the front façade include removing the ground floor wall to leave brick piers that will be secured by perimeter iron fencing. There has been no professional evidence suggesting a ground floor of this type, which would vastly change the appearance of the building.

These cumulative changes to Madame John’s Legacy have the VCC staff considering a downgraded rating of significance for the 234-year-old structure.

According to the Friends of the Cabildo, the renovation “is being undertaken without a clear methodology, without appropriate documentation, and without the benefit of the advice of qualified experts (the proper chain of oversite required for a renovation on a building of this historical significance).”

We are calling on the State to stop their work until a Historic Structures Report can be performed and the State Historic Preservation Office be brought into the to oversee the project according to the Secretary of the Interior’s Standards.

We will continue to update our supporters with information as this issue unfolds.

Read our letter to the Louisiana State Museum here.